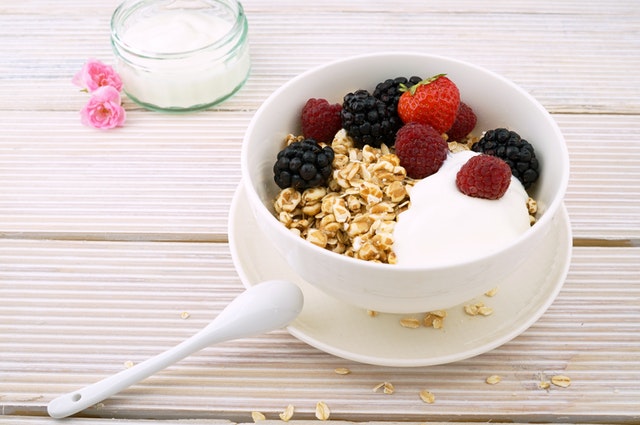 Eating healthy can be hard, but often times it’s just a matter of adjusting to better food alternatives. Once you make the switch to a healthier alternative in your pantry, you’ll be on your way to having a better diet!

Here are some easy food swaps you can make to have a healthier pantry! This will help you cook healthier meals.

Quinoa instead of rice

Quinoa is a great alternative for white rice. Not only does it contain fewer calories in comparison, it provides more fibre and protein than white rice.

In summary, quinoa will fill you up faster than rice will, meaning that you eat less – of something with lower calorie content. It’s a double win!

If you’re not quite ready to switch to quinoa, switching to brown rice can also be a substitute to white rice.

Greek yoghurt instead of sour cream

Greek yoghurt matches sour cream for taste almost exactly, while being much healthier! It contains half as many calories and three times more protein than sour cream.

Making this simple swap will make your diet that much healthier. And what’s more, Greek yoghurt is multipurpose! Mix it with honey and fruit for a sweet dessert.

Popcorn instead of chips

Skip the heavy oil and carbs by switching out your packet of chips for popcorn. A serving of air-popped popcorn contains a ninth of the saturated fat and a third of the calories of a serving of chips!

You can season your popcorn with healthy options as well! Try some honey or cinnamon on top!

Frozen grapes instead of ice blocks

Frozen grapes are a great summer snack that contain no added sugar and are all natural! Simply leave your grapes in the freezer for a few hours and you have a great healthy snack with the consistency of an ice block.

It tastes just as sweet is so much healthier for you!

Almond milk instead of regular milk

There’s a reason people are flocking to almond milk nowadays. Aside from being a vegan alternative, it has a sixth of the sugar of regular full cream milk.